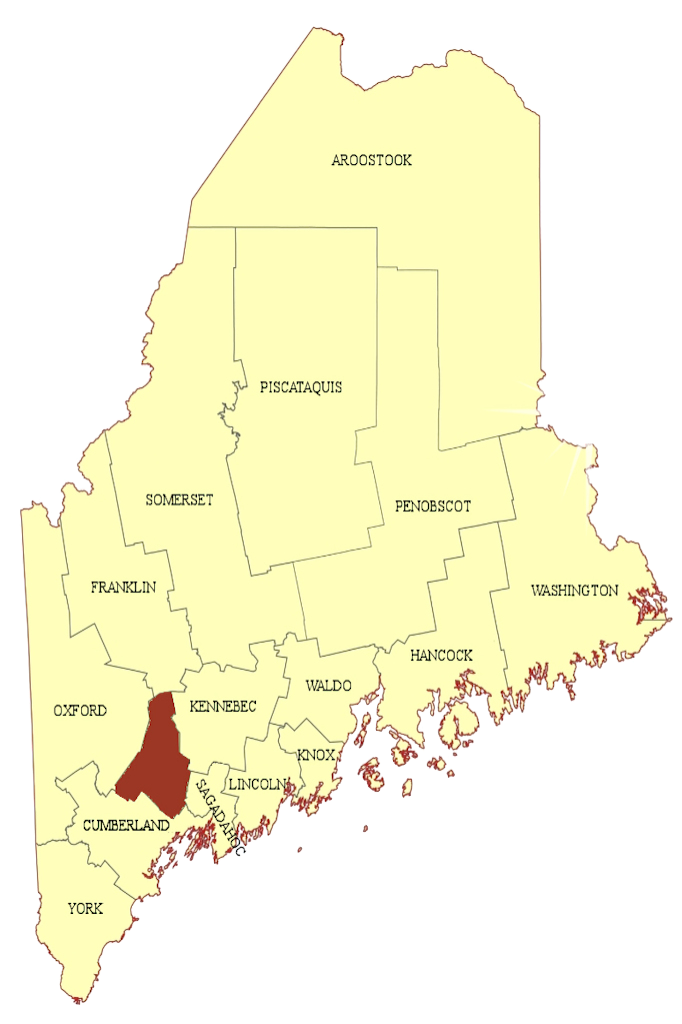 March had taken over the museum in 1953 when it consisted of one poorly lighted room with six old showcases. Now it filled three rooms and overflowed into the corridor. March was a retired manual arts teacher; he installed lighting and built cabinets and racks for display.  He was president of the Society from 1950-1953 and then served as executive secretary and curator, a volunteer position that he held for 22 years until his death in 1975 at age 83. At that time the library was named after Clarence March.

The possibility of a home of our own arose yet again when, on her death 5 January 1983, Olive A. Morrill left to the Society her home on the corner of Court and Prospect Streets, as well as $100,000, the income of which would maintain the property, or it could be used for other purposes. We decided not to keep the house, as (1) it was not large enough for our collection, (2) it was in relatively poor condition, (3) the location made for difficult access and inadequate parking, (4) the layout was not good for a museum, (5) it presented security problems, and (6) it would require a custodian and upkeep expenses beyond what income from the bequest would provide.  We voted to sell the house, but to keep several items and auction the rest. This is the basis of our current endowment. This bequest also enabled us to hire part-time staff. Nevertheless, we also continue to rely on board members, student interns, and volunteers to help us to function.

Early programs included “pilgrimages” to places of historic interest.  Members drove to spots where members would “relate facts of historical lore concerning the places in sight.” We have recently revived giving walking tours. Examples are the historic sites of Danville, houses on Main Street in Lewiston, or Irish tours of Auburn and Lewiston. We also have conducted several cemetery tours.

Beginning in the 1950s, we conduct regular programs that feature outside speakers. Currently we sponsor at least seven lectures a year on local or Maine topics. We also have sponsored panels on genealogy. Recently we have placed exhibits of artifacts in Auburn Hall and Lewiston Public Library. Another major development in our programming was the acquisition of the Knight House, a structure built in 1796, the oldest in the downtown area of Auburn. Next door to that house is the Downing Shoe Shop. These facilities next to the falls are open occasionally in the summer.

In October 1990, President Douglas Hodgkin initiated a newsletter, Androscoggin History. Published in October, February, and June, it includes news of the Society and articles on local history. In 1989 we sponsored David and Elizabeth Young’s publication of the Janus Elder papers as the History of Lewiston.

In observance of the 150th anniversary of the Civil War, we published Faces of the Civil War, by Russ Burbank. It features a few of the stories of people from Androscoggin County that were involved in that conflict. Most recently, we published in 2017 Dear Parent: A Biography and Letters of Edward Little, by Douglas I. Hodgkin.

Your donation will help the Society bring special presentations and maintain its priceless collection of photos, books, maps, and many artifacts that are made accessible to schools and the public.